The multi-million pound regeneration of a housing estate near Lichfield has been hailed a great success, as an event was held to showcase the three-year project.

Bromford’s programme of regeneration on Levett Road began in March 2016 and now members of Lichfield District Council, neighbours and former and current residents have come together to celebrate the £3.5m investment during a community drop-in day. The Paddocks, as the development is known, has seen 22 brand new energy efficient homes built to replace 10 older properties which were knocked down in summer 2017. 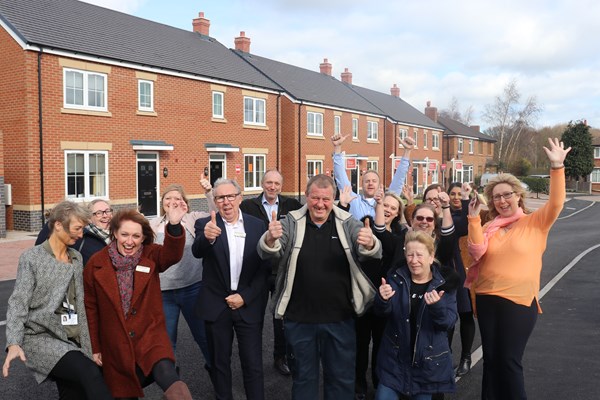 It is the first of three regeneration schemes being carried out by Bromford across the county as the housing provider looks to invest in its existing stock as well as creating more new homes to meet local demand. At the event, people had a chance to meet those behind the project and some of the new residents that have made it their home, as well as taking a tour of the new estate.

Lucy Robinson, Lichfield District Council’s housing and wellbeing manager, said: “I enjoyed the tour of Bromford’s regeneration scheme, getting the chance to see the plans finally brought to life. I was particularly impressed with the layout and the feel of openness as you walk through the development. The project has transformed the area and provides 22 new, energy efficient, affordable homes in the district.”

The former prefabricated homes, which stand close to Whittington Barracks, were made from a concrete construction meaning they had a poor energy efficient rating and were costly to heat and run. The site now comprises a mixture of two and three bedroom homes for affordable rent and shared ownership and have been designed by architects and project partners rg+p Ltd. Bromford’s intention to reinvigorate the area was first announced in March 2016 and the housing association has worked closely with residents and neighbours ever since.

Tony Prince, 56, and his wife Sheila, 60, have lived on the street all their lives and will be moving to one of the new homes in the next fortnight.

“It has been quite stressful at times but we can’t wait to move to our new home. Bromford have done a good job on the site and it looks a lot nicer than we anticipated. There were fears the site could look overcrowded but it doesn’t at all,” the forklift truck driver added. 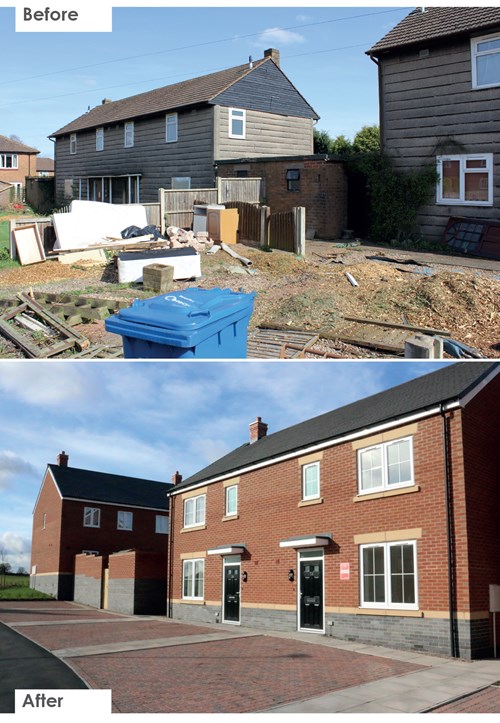 Eunice Wellum, who has moved to a nearby bungalow but came back to see the finished development, said: “I am loving what they have done actually and the old homes did need pulling down. It came at a good time for me personally as the garden had simply become too large for me to manage and my new home is far better for my needs.”

Suzanne Shead, Bromford’s head of locality, said: “Our inaugural Staffordshire regeneration scheme has been a real labour of love and we’re really excited that so many people were able to join us to celebrate the transformation of this estate; reaffirming our commitment to Staffordshire and to investing in existing customers as well as building the new homes that future customers want and need.”

Lauren Raybould, architect at rg+p, added: “We’ve been working extensively with Bromford to create a signature suite of house types that are instantly recognisable as a Bromford home. The Paddocks marks the first development to feature these properties so it’s great to see our designs as built and watch the first residents move in!”

Two further schemes are currently underway at Clifton Campville and Anson Road as part of an overall £13m programme of regeneration across the Staffordshire area.

Two large bulldozers have kicked off a regeneration scheme by Bromford to bring more new homes to Staffordshire. The housing provider has started…