An initiative between Bromford and a local council to bring families together has resulted in more than 3,000 people flocking to a series of free community events in Burntwood this summer.

Burntwood born-and-bred Gemma Davis, a well-known community connector, was first approached by Staffordshire County Council and Bromford around five years ago. She was challenged to help lower anti-social behaviour in the St Matthews estate which had long suffered with local youths climbing on and damaging local buildings, swearing and kicking footballs against nearby properties. Part of an ABCD (asset-based community development) initiative, the pilot wanted to view people as assets not problems and on what’s already positive about a community and what might make it better.

Following a survey asking residents what they wanted in local spaces, the Play in the Parks scheme was born and has been backed ever since by Bromford and Burntwood Town Council, as well as a host of other community partners including Staffordshire Commissioner for Police, Fire and Rescue and Crime, Matthew Ellis. 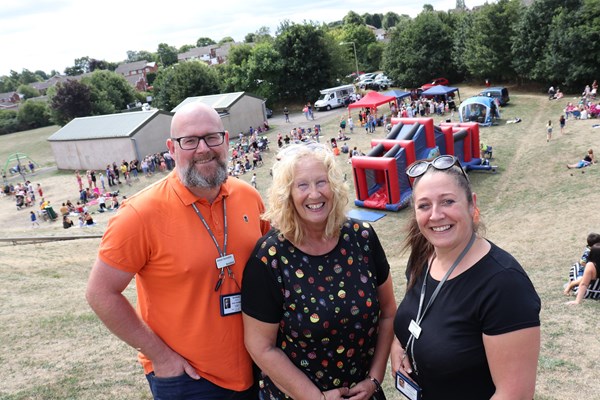 Gemma, now a neighbourhood coach at Bromford, said: “This hasn’t happened overnight and has been about people changing mind-sets and attitudes so that we’re focusing on the potential in our communities rather than on what’s wrong. Gradually as we’ve built trust with people, Play in the Parks has grown organically and as the various neighbourhoods come together we are seeing positive moves towards reducing things like anti-social behaviour.

“I’m immensely proud to see something I helped create now proving so popular and it’s been a delight to see parents and grandparents sitting and talking with each other whilst their children play and have water fights and just having simple family fun.”

Figures recently released by Mr Ellis’ office show a county-wide reduction in police-recorded youth-related anti-social behaviour incidents throughout Staffordshire, with a 41 per cent drop on last year – which was on top of a significant drop between 2016 and 2017. There were 1,110 recorded youth-related ASB incidents in the county in 2017, with 659 registered this summer. 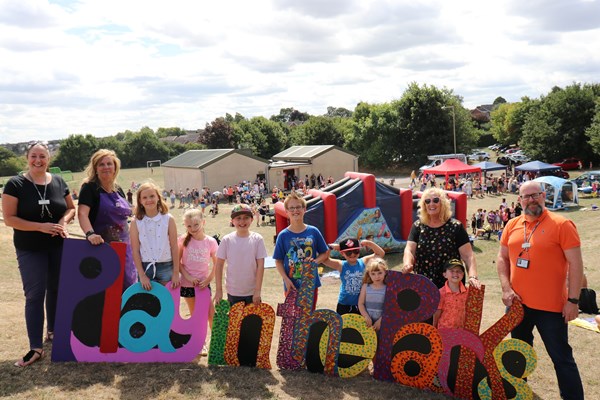 Councillor Heather Tranter, deputy leader of Burntwood Town Council, added: “One of my big aims on re-election in 2015 was to provide more community events for Burntwood and in the four years since Play in the Parks was born, it has grown into a massively popular event with the help and support of Gemma and Bromford, the town council and lots of partners in the community.

“Preparations are already underway to make next summer the best one yet and I would hope it would be continued for many more years to come.”

Matthew Ellis said: “I am delighted to see Play in the Parks providing so much value to the local community and an important part of the Space programme in that area. Providing new experiences and encouraging responsible citizenship is at the heart of what I hoped for with Space.

“It’s wonderful to see this initiative supported so enthusiastically and I hope Play in the Parks will continue to play a key role in our ever-popular Space programme.”

Approval given to Burntwood MyPlace proposals

Bromford has been given the green light on proposals for a new multi-million pound housing development in Staffordshire. They were given approval…