I feel a part of the world again now

Being the victim of domestic violence put Kim’s life on hold but now she’s more than making up for lost time. Bromford customer blogger Kim Barnes, 28, returns for the second in her three-part instalment where she explains how her past experiences have helped shape the woman she is blossoming into today.

Last time I talked about how meeting Nina, my neighbourhood coach, had sparked something inside of me. Something that was always there but had dimmed. And I feel slightly embarrassed to say that Nina and I haven’t seen each other all that often since – mainly because she can never get hold of me – in a good way of course! We still have the odd conversation and I know she’s there for me if I ever need a friend, but the truth is that I am so, so busy right now.

There were times after my experience with domestic violence that I was just stuck inside, unwilling and unable to leave the house, and the world was just passing me by. I’m pleased to say those thoughts are long gone and I feel part of the world again now, I’m no longer just existing!

Shortly after my previous blog, which you can check out here, I secured a job as a support worker at a 24-hour young person’s scheme. The company I’m working for has three properties – one on Stafford Road in Wolverhampton, one in Telford and the other one just a two minute drive from here. It accommodates young people below the age of 18 that may have been through problems and have nowhere else to stay. So we give them a place to call home and get them back to doing things in the community.

Not so long ago I was in similar temporary accommodation as a resident so it really feels like I’ve come full circle now that I am able to help others! I say to these young people ‘you can still help yourself too, you know’ which empowers me but more importantly it empowers them. I feel like there’s a calling for everything and I think I have so much more to share with these young people because of what I’ve been through. And, besides, I really like them – everybody has something that they’re going through and we can all make a difference. My aim is to now give someone a kick (not literally) like I was given a kick by Nina.

I’m a big believer that ultimately it’s all up to us and no matter how many people come round to help us, eventually we have to help ourselves and I’m glad I can give these young people a gentle push in the right direction. In many ways it feels like a home away from home and I do like it a lot. 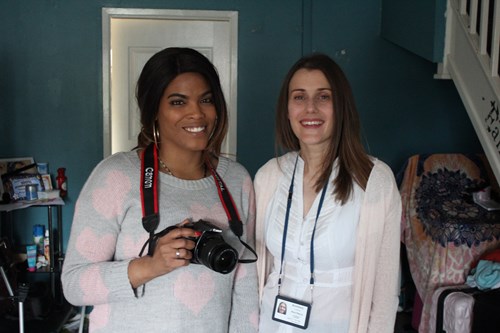 I’m still doing the volunteering at Wolverhampton Community Radio (101.8 FM) which is great because as I mentioned last time, media production and anything creative is really my passion. And then on top of that I’ve also been asked to star in two independent films – one of which I have the script for already so I better start learning my lines soon! I’ve appeared in two movies in the past (I kept that one quiet last time, right?) and have my own IMDb profile so occasionally I get messages with opportunities that come through on there.

But, more than that, with my support work so close and the girls’ school and childminders down the road as well as the local church, I’m really starting to make this my community, if that makes sense? I also have a friend from the Cayman Islands who was living in London before visiting with her cousin earlier this year and she has now moved to the area too, again a two minute drive away. So now I have another Cayman friend here with me and we hold parties and I’ve invited her to come to church with me.

Since meeting Nina I have really run with it and I’ve not been the same Kim since. I don’t have many bad days at all now and I truly feel pretty fearless. I actually want to go outside now, there are things to be done, and I have the right people around me and I include Nina in that.

When I reflect, which I don’t often do, I know I’ve come a long way and one of the biggest things was learning to have a lot of patience. You often feel like that time you are in is never going to end but actually you realise that having a bit of patience and helping yourself is the best way to pull yourself through the other side. Not everyone is going to help you, of course, and some people will actively stand in your way. So I’ve surrounded myself with good people that will help me get to where I want to go.

Anyway, I better go and learn those lines…

You can check out Kim’s personal blog here. 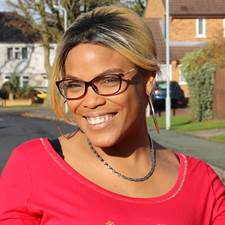 It’s fair to say mother-of-two Kim is on something of a journey of discovery. After suffering the grim realities of domestic violence, the…

Bromford are recruiting and we’re looking for like-minded people to join us and help inspire even more people to be their best.