Have confidence in your experience 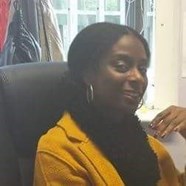 Our Customer and Communities Network (CCN) is a team of customers who work with us to achieve more - more for you and the communities in which you live. They work with senior colleagues and Board members to challenge and test the business, ensuring we’re delivering what we say we will as well as offering value for money.

We caught up with the extremely busy Denise Amory-Reid to find out what being a member of CCN is all about.

How long have you been a member of CCN and how did you get involved?

I’ve been part of CCN for about a year now and it was my housing manager who suggested that it would be good for me to get involved. It’s an interesting story really; I suppose you could say I didn’t have the best relationship with her at the time. It was nothing major but I just felt the way I was being treated wasn’t fair. There were a couple of times when she spoke to me in a way that I didn’t really like and, being a bit of a thinker, I reflected on our conversations and decided to challenge her.

I didn’t think that making a complaint was the right thing to do. As my background is working with people I put myself in her shoes and wondered why she might speak to me in the way she did – maybe she was having a bad day or was feeling overwhelmed by something and got a bit stressed. Don’t get me wrong, she didn’t do anything terrible, she just acted in a way that I didn’t particularly agree with. When I spoke to her about it she was really apologetic and said that she didn’t realise how her tone and manner had come across.

She really thanked me for being so honest and said that CCN needed people like me to share their thoughts and ideas and to represent Bromford’s customers. So I looked into it and liked the idea of being involved and making sure the customers’ voice was heard so I decided to give it a go.

It wasn’t easy. But that really reassured me that Bromford take CCN seriously. They want to make sure that the right people become members, people with the ability to represent all customers and the confidence to be involved with decision making. The process included analysing information and explaining how I would respond to complaints and there was also some group work to show how I could work as part of a team.

I was really impressed throughout the process, it was all very professional, well structured, dignified and well organised. It made feel like an important part of the organisation, like I was truly valued.

I would say the whole experience of being recruited to CCN was challenging but enjoyable.

How often do you meet up?

There are four meetings a year and I also sit on the Independent Complaints Panel. Although I’m busy with work and studying (I’m a family worker and studying towards a Doctorate in Education), I manage to fit in the meetings by taking annual leave or by using my flexi-time. I think it’s important to take the opportunities presented to you and it’s great being able to represent Bromford’s customers so I make sure I find the time.

What advice would you give to anyone considering getting involved in CCN?

I really enjoy being part of CCN, it’s great to know that my opinions really matter to Bromford. My confidence has grown so much over the last 12 months and I’d encourage everyone to get involved and have your say.

If Denise has inspired you and you’d like to find out more about getting involved, including how to become a CCN member please

Or take a look here to find out you can get involved.