Re-engaging with my communities

We’ve talked about our new neighbourhood coaches getting to grips with their communities, but what about when you’ve known your customers for over a decade? Does the transition from housing manager to neighbourhood coach on the same patch present any different challenges? Shropshire colleague Serena Baker tells all in her guest blog...

I’ve worked on my Telford patch for around 14 years now (blimey, where has that time gone?) and as part of the recent changes, I‘ve taken on a couple of new schemes which I could easily dedicate the majority of my time to as I get to know these people and their different stories.

But I stopped in my tracks the other week and thought of one particular community which I’ve had right from the start: Kensington Way, in Oakengates, which comprises of 45 homes and an eight property supported housing scheme run by charity Telford Christian Council. Historically we had lots of issues with anti-social behaviour so I know the community and customers very well. But I’ll be the first to admit that having sorted out most of these issues, as a housing manager my time had increasingly been spent in other neighbourhoods on my patch. 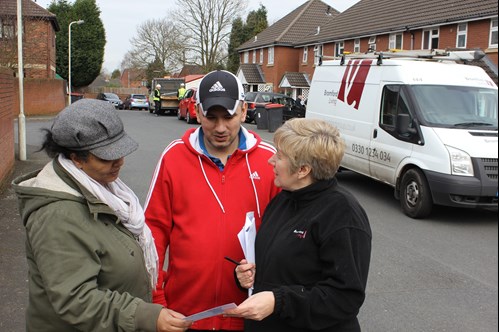 I do have some brilliant relationships with residents already but I was also probably seen by many as an enforcer. If I was on scheme it was usually because we had a problem of some sort – whether it was ASB, fly-tipping, car parking or arrears visits.

So how did I re-engage with a community that, in many regards, I already knew so well?

I decided to join forces with our repairs team, through maintenance manager Steve Flanagan, and frame a ‘community clean-up day’ around our new coaching approach. I used the six-hour event as my own mini-launch of localities and stuck up posters, hand-delivered flyers and had a number of conversations beforehand posing the question: ‘What can you do for your community?’ before explaining where Bromford could offer support to help them achieve their goals.

I urged them to think about how they could clean their porches, front and rear garden areas of any rubbish, empty cigarette bins and sweep driveways. As part of the two-way relationship, I promised to provide two skips so that they could dispose of any bulky or fly-tipped items that needed removing and said I would be around to chat and offer advice along with our repairs team. Our landscaping guys were also on hand to complete some communal gardening works.

To my delight, residents were out of their homes as early as 8am and I had some really great conversations throughout the day. The whole neighbourhood was a hive of activity as I explained my new role and that we wanted to work more proactively with customers in the future. I left them with my contact details so that they all now have direct access to a friendly face, and encouraged them to self-serve using the website.

One lady who I know very well, Rose, has lived with her husband on the street for 16 years and she was particularly pleased to see me and actually commented that she hadn’t seen me around as much lately. I told her this was about to change! Another lady, who is in some difficulties with her finances, came out of her house and said she’d tried ringing the main Bromford telephone number to sort her arrears out. She had been so uncomfortable not knowing who might pick up the call that she hung up. She was really reassured to find out that I will be her point of contact moving forward and I’m now arranging to meet her properly to see how we can get her finances back in order. 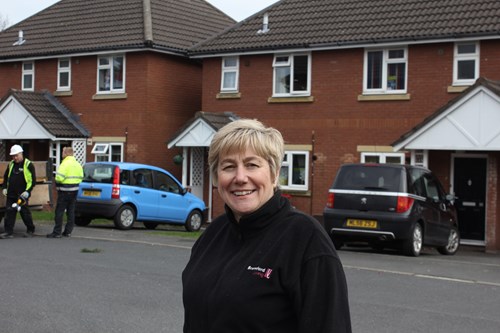 And then a third lady who has lots of flowers outside her flat was asking if she could extend the planters to the communal fencing so that her neighbours could enjoy a bit more colour on the street, one man asked about volunteering, and another customer has already set up a community web page for the neighbourhood. These are some great examples of communities doing things for themselves. You literally felt the community spirit already on scheme.

Would I have known all this was going on in the past? Probably not.

In total I must have spoken to well over a dozen customers so it was a really worthwhile exercise. It re-emphasised that I probably had lost touch with this community and that a new approach gives rise to different conversations.

It’ll probably take a while, and a lot more visual presence on that street, to start shifting the perceptions of some of these relationships. It won’t happen overnight or with one community clear-up day but as a starting point it’s an idea worth considering again moving forward…

How a simple knock at the door changed perceptions for Eileen.

Small interventions can have a big impact on people's lives, as Darren explains...