Could a Supported Housing Allowance offer a solution to the threat imposed by the LHA Cap?

John Wade, Bromford’s Director of Strategy talks about the Government’s recent consultation on the LHA cap and asks, what exactly is the problem the Government is trying to fix? 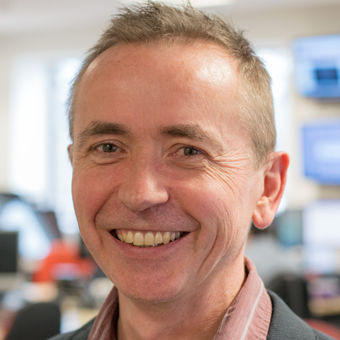 It is very unclear exactly what problem the Government is trying to fix with its proposal to introduce a Local Housing Allowance (LHA) cap for supported housing. There doesn’t seem to be any suggestion that schemes run by councils, housing associations or charities charge too much or have a problem with quality.

In fact, in recent months, the Government has made positive noises about how much they value supported housing. The Housing White Paper said this:

“Supported housing plays an important role in helping hundreds of thousands of vulnerable people to live independently or turn their lives around. The Government is committed to encouraging further development to meet future demand.”

In the consultation paper on the future funding of supported housing itself, published in November, the Government cited research by the Homes and Communities Agency (HCA) which suggested specialist housing generated over £3.5 billion a year in savings to other services.

Strange then that the Government looks set to push on with changes to the funding of supported housing that many think will be disastrous for existing tenants, providers, and new supply alike.

The Government plans to cap rents and service charges at the LHA level only to make up the shortfall through a top-up fund paid to local authorities to administer. There is much that is wrong with this idea.

Providers of supported housing set rents and service charges based on the actual costs. The Government’s own research acknowledges that these costs are higher than general needs housing for a number of valid reasons (servicing lifts, fire alarms, communal areas and more intensive management). Using the LHA to cap how much of the rent and service charge will be paid through the benefits system seems odd. The extra costs of providing supported housing are broadly similar across the country while the LHA varies widely.

The average rent and service charge for a working age tenant in supported housing is £173 a week. The LHA cap for a one bedroom flat is £86.30 in Wolverhampton but £181.80 in Waltham Forrest. So a customer in London would have the full cost of their rent and service charge paid through the benefits system; whilst someone living in a very similar scheme in the Black Country would be reliant on a discretionary top-up payment of £86.70 every week.

The midlands local authority would also need to put in place an infrastructure to receive payments from the Department for Work and Pensions (DWP) and pass them on to the tenant or their housing association. The cost of this activity would either need to be funded by central Government in addition to the top-up funding or the top-up fund would be top sliced to cover the costs. Either there would be extra costs to administer the new system or the top-up pot would be diminished – meaning that someone in Wolverhampton or Walsall would not have all their rental costs covered.

The Government says it will ring-fence the top-up pot and officials at Department for Communities and Local Government (DCLG) and DWP seem sincere in this. But surely the idea of the ring-fence in local Government funding has had its day? Everything that providers predicted would happen if the Supporting People ring-fence was removed has happened. Surely it would only be a matter of time before the top-up pot lost its ring-fence and local authorities, who are already struggling to meet their statutory duties, would be tempted to raid this money to prop up social care budgets.

If the Government is determined to do away with the current way of funding supported housing and if the LHA cap is such a bad idea then what should go in its place?

We think the answer is a nationally set and administered Supported Housing Allowance (SHA) that is paid through the benefit system. It will give certainty to tenants and providers and the control and reassurance that central Government seeks. Local supported housing strategies could inform future levels of SHA as new supply comes on stream.

The current system of funding supported housing through the benefits system works, is relatively cheap to administer and supports provision that makes a significant contribution to controlling costs that would otherwise fall on social care and health budgets. The introduction of a SHA could be the just the way to give the Government what it wants and several hundred thousand vulnerable people what they need. 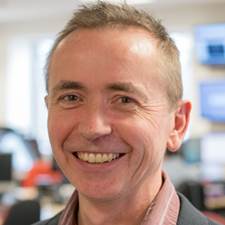 Letter to MPs - The real impact of LHA on vulnerable people

CEO Philippa Jones has issued a letter to MPs calling on a review of the LHA cap.