Data - we collect it and use it, but what happens when it’s no good? Here, Alun Morris - insight manager at Bromford – shares his thoughts on why good data matters and why the housing sector is perhaps missing the mark when it comes to understanding the value.

The correct answer was train C, which as Finnemore puts it: “Travels at an infinite speed, and therefore occupies all points in the universe simultaneously”.

So, what does this have to do with data? Well you can use Finnemore’s puzzle as a metaphor for what happens when the housing sector delivers services to its customers.

Finding out that train A is headed towards London but will never get there is like finding out that an unemployed customer living as part of a household, who is targeted to join a work club in order to improve their employment prospects is actually only 6 weeks old.

Finding out that train B doesn’t exist is like finding out that the customer to whom we’re currently addressing all correspondence doesn’t exist, and only appears to exist because someone pressed the wrong button on a keyboard and accidentally created a new entry in contact database.

And train C represents all those customers who are living in our homes without our knowledge – not as squatters -  just because we don’t have accurate information about them (for example, one or more of train A’s parents are probably living in the household too). That would have been the metaphor, but I haven’t really got the hang of metaphors yet. Maybe it’s more of a simile – or maybe I’ll move on.

Those of you who are aware of welfare reform can probably see how the above examples of incomplete, incorrect and missing data might cause problems.

For example, when registered providers calculated the likely impact of the under-occupation charge (or bedroom tax as it became known) they needed to know the age, gender and relationship of all the customers in each of their properties. Many found that the data they needed wasn’t there and so turned to initial estimates. In fact, our initial estimates were pretty good, but due to a weird statistical fluke the under-occupation data we got back from the first few local authorities suggested that for those particular LA’s our estimates were way out.  We were potentially underestimating the problem by about 33%.

So at that point we had to draw up a worst case scenario in which our estimates for all other LA’s were also out by 33%. And let me tell you, when your figures for the potential rental income risk from welfare reform are based on the results of a best estimate plus an extra 33%, they make for pretty scary reading.

So, what does all this mean for anyone working in the sector? In your day to day job, how does it impact on the business if you don’t collect accurate data? I don’t know, I have no idea who you are, but I’m pretty sure that if we were having this conversation one-to-one I’d be able to come up with some good (non-train related) examples of the importance of good data entry that apply specifically to your role. If we look at it as a collective responsibility you can easily see that everyone does have a role to play. It’s vital that everyone starts to value and understand the data we have at our fingertips – so that we don’t all miss the train. 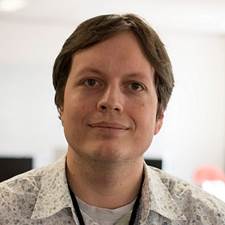