Housing manager Carly Yeomans, based in the Lichfield area, explains how having in-depth conversations can join the dots together within a community in this brilliant guest blog.

Moving home can be pretty stressful at the best of times – I’m sure most people would agree with that statement.

Now picture yourself as a young couple with a 4-year-old daughter (she’s Lexi, by the way) and, as you’re moving into a new two-bed home in Burntwood, the trusty fridge you’ve had for years decides to pack up at the worst time imaginable. Sounds pretty inconvenient, right? Well now imagine that just days after the move, your cooker decides to stop working too. This is the unenviable situation Ian Groves (aged 28) and his partner Gemma Jackson (31) found themselves in earlier this year.

I gave them some advice to help them muddle through in the very short-term but the reality was they were in desperate need of some new white goods, as anyone would be after lightning striking twice in quick succession.

Ian and Gemma had been in their new home (minus a fridge and cooker) for around a fortnight when I dropped by to see another of my customers – Janet Larkin – who had served us notice on her bungalow as she was moving in with a new partner. During our chat I asked how prepared she was for the move and if there was anything I could help her with and she responded: “You don’t know of anyone in the community who may need some furniture, do you?”

*YOU KNOW WHERE THIS TALE IS GOING BY NOW*

To cut a long story short, Janet was moving to a property which was fully-equipped and no longer had use for many of her goods. She didn’t have time to advertise them for sale, charity shops wouldn’t take her electrical goods and many of the other items were too good to be taken to the skip. I immediately explained about Ian and Gemma’s recent bad luck and Janet was more than happy to be put in touch with them. That same day, I popped round to Ian and Gemma’s to tell them the good news and to say they were over the moon (and probably pretty relieved) would be an understatement.

Ian borrowed his grandfather’s trailer to pick the furniture up and as a gesture of goodwill, because Janet had refused to accept a single penny for the items, the couple helped Janet take up all of her carpets and load a trailer full of rubbish which they then took to the local tip for her. In return, this young couple ended up with (take a deep breath) a three-piece suite, fridge-freezer, cooker, wardrobes, bedside table, curtains, nets, curtain poles, light shades and even some planters and a bird table! Needless to say Ian and Gemma later popped round with a big bouquet of flowers to thank Janet for her extreme generosity.

It was a win-win situation because it took the stress out of Janet’s move, while Ian, Gemma and little Lexi were able to replenish their new home and get off to a really positive start in their relationship with us.

More recently, I had an elderly customer that needed a new mobility scooter but couldn’t afford to buy one and another that was looking to dispose of one but didn’t have the means to advertise it. They were literally living around the corner from each other but because they didn’t know each other at the time, their situations weren’t resolved. Fast-forward a couple of weeks and the one customer is now back on the streets of Burntwood enjoying his new found freedom and the other one has more space – they also keep in touch with each other and have stayed friends.

Quite simply: this is why we do what we do.

I’m often in and out of customer homes and that means I’m involved in their lives too. I’ve found that, more often than not, they can actually solve each other’s issues or day-to-day struggles. Just by understanding where each customer is in their life and building that trusting relationship, we can then do the easy part and begin joining the dots together. The story of Ian, Gemma and Janet highlights the power of conversation and how by having those right conversations we can connect other people and bring a whole community together. 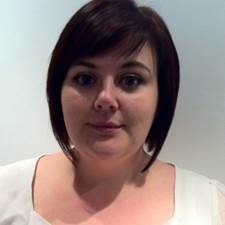