Bullied out of school, Gemma’s new-found confidence helps her battle back


I first met Gemma on 2nd April 2015 when both she and her mum were tasked across to me as they were interested in getting into work or volunteering. 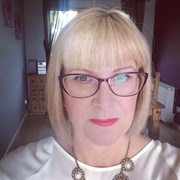 It quickly became apparent that both of them were ideal candidates for volunteering and Gemma, in particular, was desperate to get into work despite having never worked before. The 25-year-old suffers from severe depression and anxiety which was so bad it forced her to leave school aged 13; meaning that she didn’t complete her secondary education. As a result, this compounded her anxiety and eroded what little self-confidence she had left.

In her own words, she told me:

I was bullied in junior school and had no friends. The kids used to make me feel so low in myself – it was mental as well as physical. I had pinch marks and bruises all over my body and I would cry silently at night. By the time high school came around I had anxiety, depression and severe insomnia and I had already left school before I turned 14. Self-harming and thoughts of death were a very regular thing for me. I should have been learning about life skills in school and making a wide range of friends but instead I was trying to stay alive each day by battling my conditions and my deepest, darkest thoughts.

At first it was predominantly me and her mum talking and Gemma would just chip in with the occasional comment from time to time. But slowly and surely I began to see a little bit of sparkle come into her eyes and after building up her CV, she began to realise that she did have a lot of the ‘softer skills’ to offer an employer – organised, well-presented, great time keeping to name but a few.

I introduced Gemma to Business in the Community (BITC), a ready-for-work programme run by The Prince of Wales and Duchess of Cornwall. Together we completed a referral and she was invited to interview. Slightly unorthodoxly and such were her levels of anxiety, she took her boyfriend to interview with her. Thankfully I had explained about Gemma’s situation and the interview went ahead as planned. Before this, Gemma had struggled to even get on a bus to go into town so this was a huge step forward for her.

Those on the interview panel must have seen the same sparkle in her eyes as I did because she was offered a two-week work experience placement with Marks & Spencer or Barclays. After careful consideration, Gemma chose to go with the banking giant and during her time working with colleagues on reception she learnt how to organise tasks, how to work within a professional environment and how to speak to customers among many other skills.

Working in a multinational business over the course of a fortnight has really given her such a big surge in confidence and has whet her appetite for the world of work. She’s now preparing to complete another volunteer placement in a retail shop and is even considering starting a maths and English course to increase her skillset further.

When I first met her, Gemma needed life coaching rather than work ready coaching and yet, in little under 12 months, she is moving closer and closer to a place where she will soon be considered for employment. She has gone from a young lady barely able to leave her own house to someone who is now looking forward and setting herself goals in life such as moving into her own home and eventually getting married and learning to drive. Watching her confidence and self-belief flood back and the self-doubt gradually drain away has been nothing short of priceless.