Age no barrier to independence

Community connector Ann Lattimore tells the heart-warming story of Stephen* – a fiercely proud 95-year-old – and how small adjustments enabled him to retain his freedom at a picturesque older people’s scheme in the Cotswolds.

Stephen reached the grand old age of 95 but had become increasingly frail in recent years. His memory is deteriorating and he often gets mixed up with times and dates – for example he’ll often be found waiting at the entrance to the scheme at 9am for a lift to the midday lunch club.

One of Stephen’s passions has always been walking, yet his outings of late became excessive and often done late into the evening. He’d often return from a walk before going back out 30 minutes later. Previously he was smart and well-presented but then he was often seen unshaven and wearing dirty clothes and it was noticeable that he’d also lost weight too. Stephen is, however, fiercely independent and was determined to remain in his own home; which made the challenge of raising the issue of support with him all the more difficult.

Whilst wondering how best to broach the subject with Stephen, I had an email pop into my inbox one morning. It was from Stephen’s son, Mark*, to say that he would soon be flying over from Spain to visit his father. I seized the opportunity to ask Mark if we could discuss his father’s welfare and three weeks later Mark had arrived in the Cotswolds.

With Mark’s help, Stephen admitted he could do with a little extra support to help him remain in his own flat in Bourton-on-the-Water, a village he’d moved to as a newlywed just after the war. Mark and his sister persuaded Stephen to visit the doctor for a memory assessment and also took him to hospital where he is now being treated for macular degeneration. 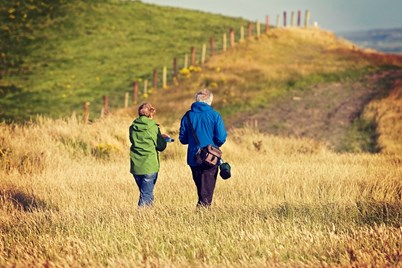 Stephen is a very social man and is in the very heart of our community here. He particularly enjoys going to the British Legion, tea dances and the local lunch clubs. One of his good friends, Patricia*, already looked in on him regularly and following Mark’s visit she agreed to devise a day chart which he can look at every morning to see where he should be and at what time. Patricia also offered to pick Stephen up for those important appointments.

After opening up somewhat since his son and daughter’s intervention, Stephen acknowledged that his housekeeping skills had deteriorated and agreed to having help twice a day – which he insists on paying for himself. A local care company visits morning and evening to ensure he has a hot meal twice a day, his flat is cleaned once a week and his clothes are laundered. They also assist Stephen in the shower and turn his diary to the right page.

The next significant step the family are now considering is getting Stephen a GPS tracker to take with him on his walking adventures so that he can continue his ramblings. But, if he does forget where he is, or his eyesight suddenly deteriorates, he can soon be located. With the help of family, friends and the community here at the scheme we’ve been able to ensure Stephen has the support he needs in a way that suits him and really takes his views into account, enabling him to continue living in his own home for as long as possible. 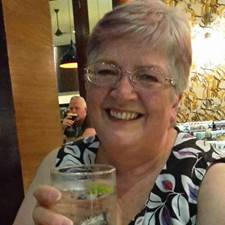