We're currently experiencing issues with our systems and only taking emergency repair calls at the moment. If your repair is not an emergency please head to our report a repair page.

Why do Housing Associations need surpluses?

At a time when central and local government are implementing massive cuts and essential services are strapped for cash, our chief executive Philippa Jones explains why it’s quite right that we should be asked what we do with these surpluses.

1.    The past is paying for the present

There was a golden age for housing associations. In the 1970s and 80s the government gave us grants worth 90% or more of the cost of building a new home. Rents from these homes started generating profits almost straight away as we had to borrow very small amounts to top up the grants we received. Now these homes are generating significant profits because the loans have been paid off some time ago. But since the late 1990s grant rates have been falling year on year. Housing associations have had to borrow more and more of the money needed to build each new home. For the first 10 years or so of the life of each of the homes built in the 1990s and early 2000s the money collected in rent was not enough to cover the cost of the mortgage payments and managing and maintaining the home. The profits generated from our older homes helped pay for the mortgage until rents had risen high enough for these homes to also be making a profit each year.

These profits are used to subsidise the costs of the homes we are building now.

2.    The present will not fund the future

Grant rates are now so low (covering about 20% of the cost of building a home) and the amount we have to borrow to build each new home is so much higher, that it may now take 30 to 40 years before the rental income we’ve collected has covered all the mortgage payments, management costs and provision for major repairs for each new home.  So homes we build now should make a profit eventually but not until many years into the future.

3.    The future looks worse than the present

We believe the homes we build now will make a profit eventually but we have made lots of assumptions about what the future will look like. All the indications are that in almost every aspect of the housing association business things in the future will be worse:

•    As our homes get older more of them will need major repairs such as new kitchens, bathrooms, windows and roofs.

•    Welfare reform will have an impact on the ability of our customers to pay their rents and the costs we incur in collecting them will go up.

•    Interest rates will not remain at their current very low levels indefinitely.

•    Housing association loans are like a mixture of a repayment and an interest only mortgage. We pay off the interest every year and the capital in big chunks every few years. These capital payments increase towards the end of each loan period so Bromford (and other HAs) will see much higher loan payments hitting our accounts as older loans reach the end of their terms.

Bromford celebrated its 50th birthday in 2013. We want to make sure we are still around to meet people’s needs in another 50 years. That’s our long-term stewardship responsibility.

To try and reduce the potential impact of the worsening future environment we try to operate as efficiently as we possibly can; think about how we spend our money to add the most value for our customers; and limit the amount of money we have to borrow to build new homes.

So how's it spent?

The surplus we make is not paid out to shareholders or spent on higher salaries or locked away in a bank vault. It is used as working capital to reduce the amount we need to borrow to build new homes. Last year we spent £64m on 625 new homes and only received £4.7m in grant. All the rest came from existing loans and cash surpluses, without the need to borrow any more money. That reduces our interest costs so creates a virtuous circle of higher profits. If we didn’t have this cash available we would quickly get into a downward spiral of increased interest costs and ever lower profits that would seriously restrict our ability to build new homes.

So, despite the £39m surplus shown in our accounts, in real cash terms we spent more last year than we received. Housing Association surpluses don’t show this because the money we spend on new homes and some major repairs doesn’t show up on our income and expenditure accounts but on our balance sheets and cash flow statements.

Let’s not forget too that housing associations are increasingly offering far more than just a set of keys to a home. Many, like Bromford, are delivering services that create huge social value such as money advice, access to training, the creation of apprenticeships and services to help people find employment. Bromford is only able to provide these services that help people unlock their potential because we are financially sound – now and for the future.

Philippa Jones on why we didn't bid for HCA funding.

End of year success for Bromford 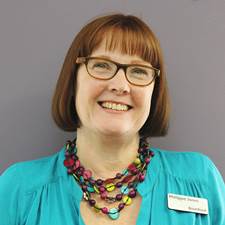