"One hundred and eighty!" The max score in darts, the hail of classic show Bullseye's own Tony Green and many a darts fan.
"Doing a 180" features in the vocabulary of many extreme adrenalin sports too. In both the context of darts and extreme sports we get the power of ‘180’ immediately with no explanation.

But there’s a growing affinity and love affair with another number ‘one hundred and forty’ and I wonder whether Twitter creator, Jack Dorsey, could ever have predicted the impact of his 140 rule.

140 PR
I read in PR Daily recently in an article by Mickie Kennedy that a few months back, rock band Stone Temple Pilots grabbed attention after sending out the following press release when they parted company with their lead singer:

Kennedy went on to point out this short and not so sweet release had impact and suggested people try it to “leave reporters wanting more”.

140 CVs
In The Wall Street Journal in April, Rachel Emma Silverman and Lauren Weber reported on twitter becoming the new résumé. Stretching the 140 point slightly they highlighted the example of job seeker Dawn Siff, a former radio journalist, who used Twitter's video program, Vine, to create a six-second video résumé. Ms. Siff, even went as far us using props including a light saber. In her pitch she summarised her strengths as being an "idea machine," and a "deadline Jedi." The tweet went viral, got television coverage and she got a job shortly after it went live.

140 one-to-ones
I used tweet-length statements in my own “looking back looking forward” review with our CEO this month, this approach helped summarise and saved us time focusing on the headlines not the detail. Our CEO was treated to ‘looking back’  tweet-length headlines and for ‘looking forward’ I committed to a list of what I will deliver this year in real tweets using a unique # for him to call up.

140 interviews/applications
In a pitch for a place on our talent academy a colleague submitted her life in #s.  Here’s an extract (shared with her permission of course!)

140 policies
Some organisations are being really brave –  I love this example form Stay Up Late on their social media policy. Definitely worth checking it out: @StayUpLateUK           stayuplate.org/social-media-policy-tweet/

What writers have to say on the subject of brevity
"If I Had More Time I Would Write a Shorter Letter" In a nutshell it’s not easy and I agree with Mark Twain here. As well as the time, it takes skill and thought to make every word count, add value and earn it’s place. Other writers agree;
“The most valuable of all talents is that of never using two words when one will do.”—Thomas Jefferson
“I only achieve simplicity with enormous effort.”—Clarice Lispector
“Brevity is the soul of wit – I will be brief” Shakespeare’s Hamlet

But not everything should be a boiled down… the sacred cows
Consider the pleasure you personally take from how words are used, each of us would have a very different list.  Mine would include some very precious - and often long  - conversations with friends and family, commentaries such as Radio 4's From Our Own Correspondent and an eclectic, dog-eared bundle of letters and cards I've collected over the years.  Our lists should rightly be sacred, these things should never be forced to be reduced to the sparse 140 minimum.

I'm hoping darts doesn't feel under pressure to follow the 140 trend. I can't imagine the chaos that would ensue! As a now committed pilgrim to the world professional darts championships I can recommend you put it on the bucket list under the “sheer fun, pleasure you can’t measure category”.

I’d love to hear your own examples of 140 becoming the new 180, that would be super, smashing, great! 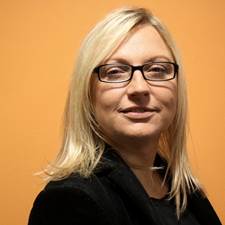 Director of people at Bromford.  Always on a journey to create great places to work and do positive stuff in some small way. Lucky to work with an amazing crew.