A quick-thinking neighbourhood coach has helped raise hundreds of pounds for charity after a rare bird sighting prompted thousands of twitchers to descend on a quiet Cotswolds town.

Ann Lattimore sprang into action last week, despite being off work for the Christmas break, when a tiny blue rock thrush was spotted at Bromford’s Fisher House, in Stow-on-the-Wold. It is the first time the bird has been spotted in Britain for a decade and it prompted more than 2,000 bird enthusiasts to swarm on the village – including some from as far away as Canada and Singapore. 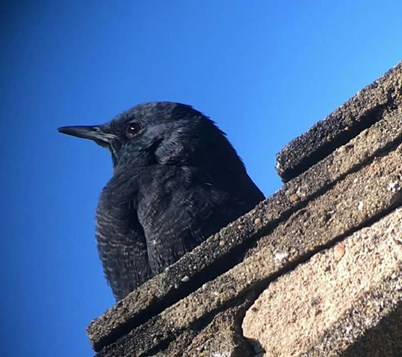 Town councillor Val Davies, who also lives in a Bromford home, decided to use the opportunity to fundraise for local palliative care charity Kate’s Home Nursing using a number of fundraising buckets outside the property. But Ann, who lives nearby to Fisher House, went even further and opened up the scheme’s communal room so that the hundreds of visitors could purchase hot drinks and refreshments.

Charity volunteers and residents have been serving the bird watchers on a rota basis and so far more than £1,800 has been raised for the charity. 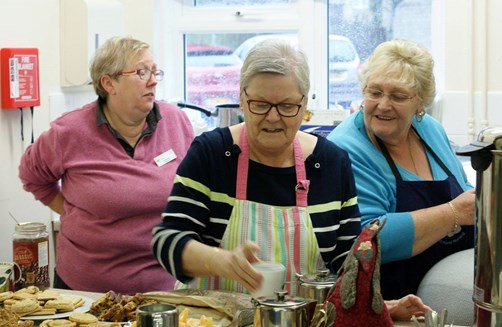 New neighbourhood coach Ann, who now has a patch of around 175 homes, said: “It has been incredible – we’ve had people come here from all over the world. One gentleman flew from Singapore to the UK via Switzerland to see the bird and then flew back again the same day – there is just such a buzz in the town at present. I first spotted the picture posted on Facebook by a resident on Wednesday 28th December and since then it has gone viral.

“Val wanted to use the opportunity to fundraise for Kate’s Home Nursing which people in Stow-on-the-Wold are very fond of and then I thought, I’ve got a communal room which wasn’t being used over the Christmas period so we opened it up to sell teas, coffees, bacon sandwiches and delicious homemade cakes.

“I’ve been popping back and forth to Fisher House to make sure the residents and volunteers have everything they need and that’s the beauty of living so close to my neighbourhood, I know what’s going on even during the Christmas break. It has been wonderful that Bromford can contribute to the community in this way.”

Bromford’s new localities approach involves neighbourhood coaches working on smaller patches of around 175 properties. It means each coach will be able to get to know their communities better and forge trusting relationships with every customer.

The blue rock thrush, which is a similar size to a starling, was last seen in the UK in 2007. This marks the seventh sighting of the bird in Britain after it was first spotted in 1985.

Ann added: “The bird has been hopping around from rooftop to rooftop and seems to be loving life. The bird watchers I’ve spoken to, including three guys who drove from Glasgow, think he will be here until spring time now so we’ve definitely got a new, if unexpected, resident.”

Think you could get involved in your local community in a similar way? Check out our latest neighbourhood coach job vacancies here.