It is Poverty and Homelessness Action Week. Here, support worker, Sarah Sayce tells the story of the lasting effects that being homeless has had on her partner.

At the age of 18 most of us are full of excitement, experiencing our first nights out on the town or deciding which university to go to. You are finally a adult and the world is your oyster.

Imagine turning 18 and after two years of hard work at college studying performing arts, you land yourself a place out of 1000’s of applicants at one of the countries top drama schools.  IMAGINE THE EXCITEMENT!

But then, just three weeks into your course you become quite ill and end up having to take a long time off, missing so much work, you are told to leave and start again the following year with a guaranteed place.

You return home to your parents to take a gap year. Suddenly your parent’s relationship breaks down and you are forced to live with your Mum and new partner. You find little jobs here and there to keep you busy before returning back to your dream. For some reason your Mum’s new partner doesn’t seem to like you and really doesn’t want you around, he constantly argues with you, making you feel unwanted. One day after a row he decides to kick you out the family home, dumping your belongings all over the street. All of a sudden, you are no longer safe, you have nowhere to go.

YOU ARE 18 AND HOMELESS.

Family conflict is the biggest cause of homelessness amongst young people age 16-25, with as much as 90% reporting being the immediate cause of why they are homeless according to Shelter. One study found that 2 thirds of young people with housing problems came from households where parents relationships had ended a new partner had moved in.

The story above is what happened to my partner when he was 18. After having everything going for him, through no fault of his own, he was made homeless.

Living on the streets

My partner was homeless and living on the streets of Northampton for nearly a year. He says he never felt so alone. He would search the streets each night finding hidden places to sleep as he was so scared of being assaulted, robbed or disturbed. Most other homeless people he met were very intimidating and scary and heavily into drugs. He would sleep in the stairwells of car parks, on benches in parks, behind shops, anywhere he could. Living on the streets was a very frightening place.

Eventually a friend was able to take him in but my partner had become a completely different person, he couldn’t return to drama school. He was a shell of his former self, he had no confidence, was afraid of the outside world and extremely depressed. He started to take ecstasy daily to make him feel happy, sometimes taking more than 10 pills a day and the weight just dropped off him. At the age of 22 he realised ecstasy was destroying him and he needed to sort his life out. He gave it up and this sent him spiralling into further depression. He was prescribed anti-depressants and he lived his life sat indoors everyday scared to go outside, this resulted in him developing a lack of vitamin D . His girlfriend at the time would prey on his depression making him feel even worse as a way of control. 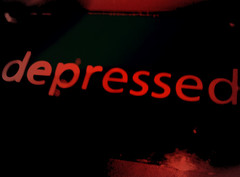 He became so depressed that over the course of 6 months he attempted suicide twice, both times taking a overdose of anti depressants. He has since tried his best to change his life for the better and he has worked on and off but the fear and lack of confidence due to him being homeless at a young age haunts him.

He is now 30 and still battles against his depression. He has very low confidence and struggles to trust people. He has issues with talking on the phone and going outside alone which is problematic when finding work.

But the last 10 years he has achieved a lot with his music. During his time indoors he has become a very talented music producer, making sound tracks for I phone games and producing tracks in many genres from classical to drum and bass. He is currently unsigned but his name is getting around with a very successful sound cloud profile. He recently had the confidence to send some remixes to some labels. I have high hopes for him and work with him everyday to battle to effects caused by homelessness.

Being homeless as a young person can destroy lives, haunting you forever. The things we experience at that age molds us into the adults we will become. Studies from Shelter have shown that those who are homeless between the ages of 18-24 are likely to experience long term effects socially, mentally, financially and health wise. More support is needed!

Come and have a look at how we help and if you feel that you could make a difference, you could even come and join us.